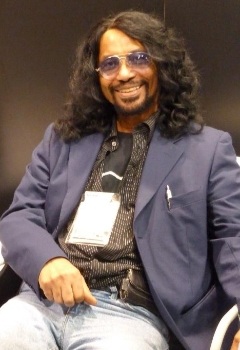 When Motown Records made its Detroit, Mich., premiere, several of the label's upcoming musicians, artists and engineers already had a strong background in music. Tony Newton was one of those Detroit bass-playing musicians, who said he grew up loving and studying music. Throughout his career as a professional bass player, he's worked on multiple Motown tracks, as well as spent time building an artistic and studio career with Holland-Dozier-Holland at Invictus/Hotwax Records, and went on to expand his career throughout several musical genres. Newton is a bass player who said his memories are special, but his love for being a musician is what describes him.

With an extensive education and background in music, Newton said one of his fondest memories took place while living in Detroit, Mich. At the time, Newton was a teenager in the 1960's when he played saxophone and electric bass for various musical groups and blues artists such as John Lee Hooker, Jimmy Reed and T-Bone Walker to name a few. According to him, the instrument he gravitated toward was the electric bass. "There weren't many electric bass players at the time and I got into it because it was the instrument my favorite bassist, James Jamerson played," he said. (Jamerson was a Motown bassist who played on several successful singles and albums, who was known for his creative technique). Newton said he would listen to Motown albums in his bedroom and said he specifically studied the musical notes Jamerson played.


As a new 17- year-old Motown musician, some of the first songs Newton played on with Jamerson, as a second bassist include: "Nowhere To Run" by Martha and the Vandellas, "Reach Out (I'll Be There)" by The Four Tops, "Baby Love," by The Supremes and a slue of other records. "Jamerson saw my talent and I learned so much from him," Newton said.

Before joining Motown, Newton continued playing music with various local groups and blues artists, and said Hank Cosby, who was head of A&R, saw one of his performances and told Smokey Robinson about him. Without knowing he was being noticed by members of Motown, Newton said he was soon approached by Ron White from the Miracles to tour with them and other Motown artists who were traveling to support their music. Newton joined the 1965 Motown Review European tour, and also joined the “Ready Steady Go” British TV show. (According to Newton, he was selected to perform on the tour as a bass player, because Jamerson was asked by Motown to stay in Detroit to play on upcoming recordings).
"Berry [Gordy] and I had a little tiff about a performance I gave on stage with The Miracles," he said. "Berry thought I was playing too loud, so he told me to turn my bass down, but I was only listening to what Smokey wanted. Finally, Berry sent a guy out on stage to tell me to turn it down. After the show, Berry asked me why I didn't listen and I told him I was only listening to Smokey. Berry said, 'Send him home.' Then Smokey said, 'We can't send him home. He's the only one that can play the Motown sound."

Newton said he looks back on that moment and laughs because, according to him, he knew he was acting like a "cocky kid," but said he was following what he thought was best for the overall sound. Newton ended up staying on the overseas tour, traveling with Motown to England, Scotland and France.

After Gordy expanded Motown to California, Newton moved there as well. (He was a studio session player and worked on multiple projects, both related and unrelated to Motown). After moving to California, Newton said Motown studio arranger Gene Page got him involved in more Motown material. A lot of his first California Motown involvement went on Jackson 5 albums. Yet, despite being a recording musician on several Motown hits, Newton said recording sessions didn't normally involve contact with the artists.

Learn more about Tony Newton and his history on his official website www.tonynewtonmusic.com, and through his movie website www.groovemonstermovie.com.